(http://www.igafencu.com/r/spin-doctoring/)
Spin DoctoringStationary cycling your way to health and zombies on the MTR… 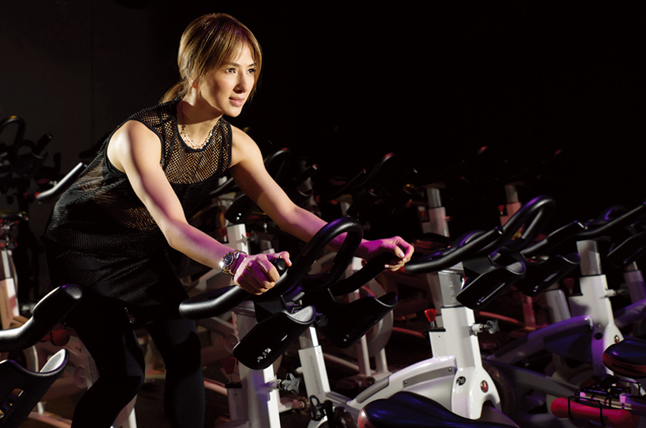 Belinda Koo is the founder of XYZ, the Hong Kong home of spinning, the cycling-your-way-to-cardiovascular-health phenomenon that has already revolutionised fitness regimes in the US and Europe…

What exactly is spinning and how you did you first become involved in this particular approach to fitness?

Spinning is a form of cardio exercise. It uses stationary cycling machines. Sometime overcomes the spaces problems inherent in Hong Kong. It is not a replacement for aerobics, weight training or any other form of exercise, but rather something of an alternative. I came to it through something as of a personal wake up call. I was diagnosed as having an irregular heartbeat, something I’d inherited from my father. Sadly, he passed away after a heart attack when he was just 42. While I had always been quiet active, I was now advised that I had to do some serious cardio-based training in order to build up my heart muscles. I began doing treadmill exercises, but found that quite boring and was always finding excuses to avoid a session. Then I heard about spinning and found it a far more exhilarating and fun format. It was then I decided to set up XYZ. Immediately, I found I was more in control. I was more confident and found I was far more able to sustain my routines.

We’ve now been in business for three years. Part of our success is that, as well as providing a badly needed form of cardio exercise, spinning replaces that boring, lone workout routine with a communal, competitive environment, one that people find much more exciting. There is music, a happy environment and great instructor participation – the verve and the vibe are addictive. Everyone becomes very competitive, pushing each other to get beyond their comfort zones and achieve more than they ever thought they could. Similarly, everyone suffers together. It becomes a communal thing and you don’t feel so bad about the pain. I think it is the group environment aspect that is one of its great pluses and it’s something that appeals to most participants.

Spinning has definitely taken off amongst the adult population and I am keen to start introducing it to the younger generation, getting them started on a good heart care regime at an early stage. I have three kids – 14, 12 and five – and I am keen to get other youngsters to take up the sport. It is so good for helping to establish the correct mind set. It instils confidence and moulds leadership qualities.

I am also committed to promoting wellness amongst Hong Kong people through correct nutrition. I have done quite a lot of work with raw foods, no additives and promoting cooking at no higher a temperature than 42° in order to retain the goodness that gets destroyed at higher levels of heat. 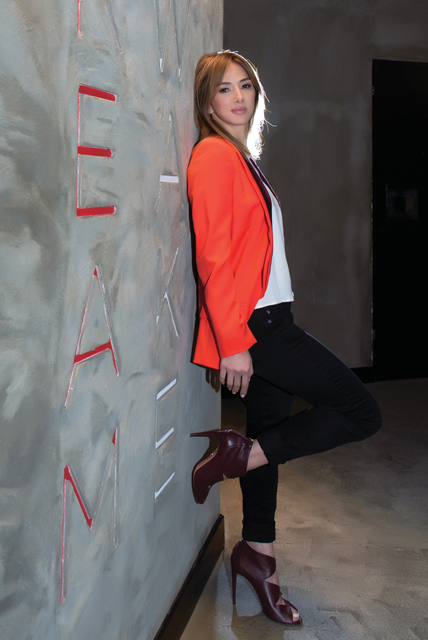 Who do you consider to be the greatest person to have ever lived?

For my own part, I would have to say my mum. She’s a great humanitarian. Despite having studied geology and sociology, she gave all that up to become a social worker and, when my father passed away, she took over his garment business. Three years ago, after I started this business, she had a stroke. She was in ICU for three months and we were told that she wouldn’t recover, but she did.  Although wheelchair-bound she still tries to remain very active. She is very single-minded and committed and has always tried to give her children everything she can. She never complains about anything, despite her disability. Everything she does is for the good of the family. She’s trying to be both mother and father to all of us.

What three words would best describe you?

Positive, energetic and passionate. Those are the three words that best describe my personality.

Is there an historical event that actually changed your life?

Although not a historical event in the wider sense, I suppose it would have to be when I discovered the problem of my irregular heartbeat. That is what ultimately led to me setting up my fitness business. It definitely re-wired my brain and changed my whole outlook on life, exercise, health and things in general. It opened me up to a whole range of new opportunities and possibilities. None of this would have happened without that diagnosis. My mindset has changed and I am much more positive person as a result.

I suppose it would have to be the MTR. It is underground and people seem so distant. Everyone one seems so lost in their own little world. It all seems very rushed but also impersonal. There’s nothing to look at, no scenery and everyone is playing with their mobile phones. They look like a bunch of zombies. Having said that, though, I do love the efficiency of the MTR. It gets you where you need to go and quickly.

Are you a sports fan?

Yes, I certainly am. I love golf, snow skiing, snowboarding and many other outdoor sports. Essentially, I am an outdoors person. As a family, we go snowboarding in Japan and the kids love it. All of the other activities that follow a day out on the slopes are also great fun in Japan. 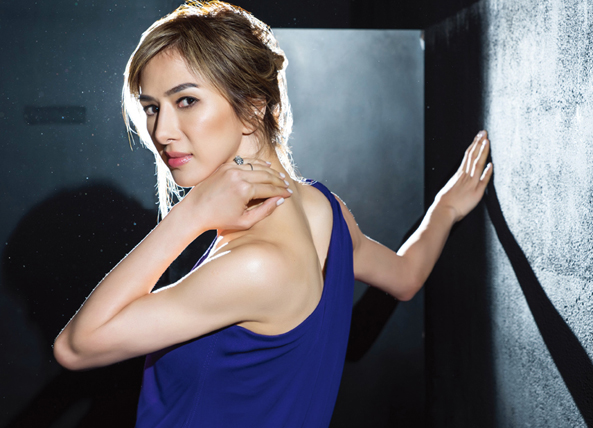 Which clubs are you currently a member of?

The China Club, the Jockey Club and the Royal Hong Kong Golf Club – those are the primary ones. I can also play golf at the Deep Water Bay Golf Club, which is very convenient for me. You meet a lot of business in the early morning, getting in a quick few holes before heading off for their hectic schedules.

Would you say you enjoyed fancy dress parties?

Definitely not. I don’t mind taking my youngest to one, but I am something of an introvert. Parties drain my energy. Strangely, I get far more energised during my “alone time”. This is when I can think and create. I am not good at mingling and making small talk.

Did you enjoy school?

I attended Marymount Secondary School and I didn’t like it. Later, I went to Canada for grades 12 and 13. It wasn’t until I began studying for my MBA that I actually began to start enjoying studying. The whole format was very different though. I had to do a lot of research, there were group discussions and everything was far more interactive than within the traditional education system.  That is when it really began to appeal to me.

Where do your children go to school?

The two teenagers go to ISF (Independent School Foundation) in Cyberport. They are in the seventh and eighth grade. My youngest attends Highgate House up on the Peak. There they use the Waldorf Method of teaching. I really like that because they allow the kids to experiment and be creative – they really nurture them. 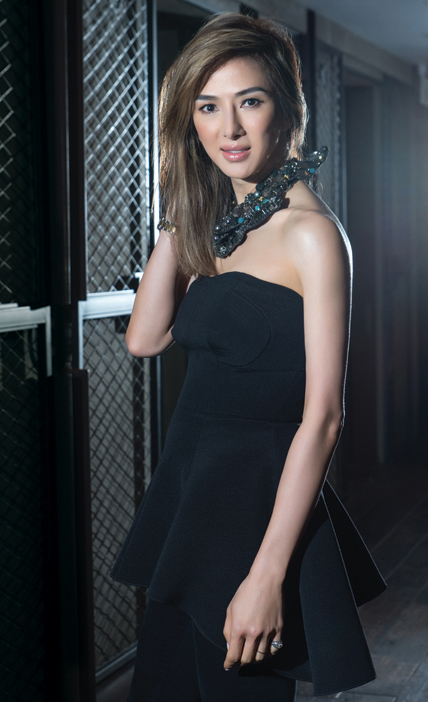 What keeps you awake at night?

I am quite a creative person. When I have a new project I find that I can’t stop thinking about new ideas, even after I’ve gone to bed. I get so excited that I can’t sleep. I want to wake everyone up to brainstorm these new ideas. It’s not worry or nerves that keeps me awake but my creative juices. I end up sending out emails to my staff in the middle of night – it’s crazy. I suppose I am a very spontaneous person. I certainly believe in the “power of now.”

Can you play chess?

I have a weekly chess game with my teacher every Thursday. I love the strategy and planning that goes into a good game of chess. I enjoy the possibilities that arise as you plan which is the most advantageous move to make. Studying how other people plan and implement their moves is also a fascinating exercise. It mimics a lot of what happens in real life and can help when strategising in a business environment. I never used to think in this way before I started playing chess, but I’ve found it an enormous help in my business of late. It’s really opened up my mind to explore new possibilities and different avenues.

Which do you consider to be the most over-paid profession?

I think a lot of celebrities get paid far too much for what they do. While they create stories and content, for sure, sometimes what they are producing is of questionable value to society in general. Many of these people have a great deal of power and influence and it could be channelled in far more useful and productive directions. Instead they often get paid enormous amounts of money to help promote things like watches or beauty products. That seems like such a waste.

What do you want to be remembered for?

Do you keep a diary?

No, not now. I use my Instagram account as a type of pictorial diary. The pictures help me remember what I did and also how I felt at a specific time. It seems to be a far better memory aid than a diary ever used to be.

Apart from your current role, is there another job that you would like to do?

I’d love to be a life coach – something similar to the role Anthony Robbins fulfils. I read his books when I was quite young. If I can’t help empower people physically then I’d like to empower them mentally. Leadership training would be the ideal role for me.

I am fluent in both and feel at ease with either. I suppose it all depends on who I am dealing. When it comes to more emotional issues, I find I switch to Cantonese.