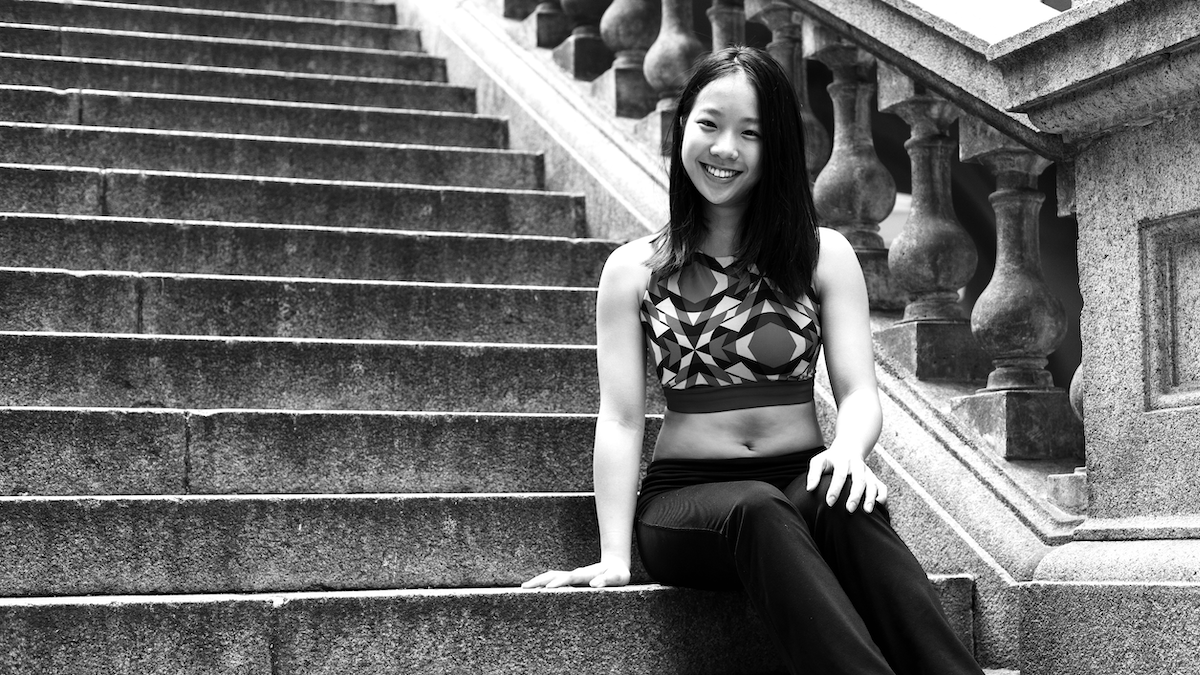 “Coffee is…a lot more than just a drink…It gives you time…not actual hours or minutes, but a chance to be, like be yourself, and have a second cup.”- Gertrude Stein, Selected Writings

Music was my cup of espresso; it took me by the scruff of the neck in the morning from crawling out of bed to striding tall and confident. I used to take it black. No sugar. No cream. Naturally, after a while the symptoms of an overdose started rolling in: headaches, insomnia, an increased heart rate. At first, I couldn’t quite point to what it was; it was knowing in your gut that something wasn’t right but not being able to give the diagnostic. Quarrels, the separate rooms, then just silence – common symptoms of a failing marriage between my parents that, when detected, was too late.

Discovering spinning taught me to channel stress from the divorce into a means of self-improvement. With my feet hooked onto the bike pedals, the familiar EDM beat grounded me. In time, instead of riding behind the music, I learnt to ride on it.

Seeing how I was able to turn music into my vehicle, I wanted to motivate my friends to ride alongside me. Yet, in a city where green space is almost as scarce as clean air, or in an age where sports have been processed and repackaged into boxes branded as “Wii- Fit” or “PS3”, starting a fitness movement was going to be tough.

Deterring a friend from spending another weekend sluggishly sprawled out on her couch fumbling with a game controller, I took her to spinning. After an hour of muscle-aching cardio, she was still gasping for air as she clumsily tugged her foot off the bike pedal. Just as we headed for the studio door, just when I thought all hope was lost, she turned to ask…

As people, we rarely realize our capability to spark change. Blinded by the misconception that we are just one of eight billion people and counting, we fail to realize that we are at the center of a network.

Word about my spinning group spread and soon the studio began to fill with familiar faces. After every ride, I could see my friends’ confidence grow. In time, spinning became more than just a bike ride; it became a means for us to connect with each other, and with ourselves.

Hearing my story and spinning regularly at the studio, I was invited to be an ambassador for OneTen Fitness, a position which has only pushed me to further my advocacy for using exercise to strengthen mental health. Having been featured in interviews on local news outlets, such as #legend and having lead open forums on adolescent wellness, OneTen has allowed me to ramify my impact beyond school walls and into the wider Hong Kong community.

In kindling a love for exercise, I hoped to peel eyes away from computer screens. Yet, at 11am on Monday mornings, those of us who go spinning still gather around laptops for a quick game of tic tac toe. Waiting in anticipation as the week’s spinning schedule is released, we race to fill three bikes in a row so that we can be stationed beside our friends. As I watch the seat matrix fill up signaling another full house, I think back to when I used to fret about arriving to an empty studio.

Now, I still like listening to music, but the pulsing in my head is somehow quieter. I do not live without anxiety, in fact, I believe that having cups of it in moderation is healthy. It boosts productivity – but, I take lattes now, with the milk and the sugar.